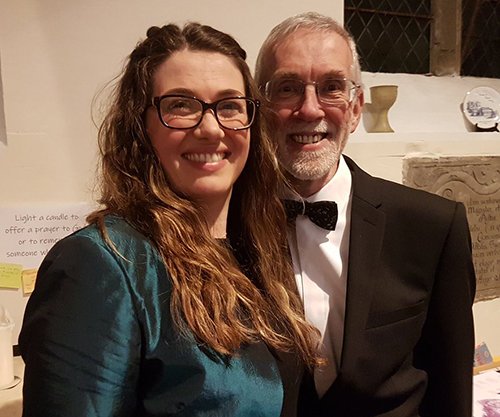 First concert of the year!

The rain fell ceaselessly all day but two Choirs performed admirably in Upper Denby. The joint items, Leonard Cohen’s Hallelujah and Tell me its not True from the musical Blood Brothers went down a storm (sorry!) with the audience and by the end of the concert it had stopped raining! Just shows you what singing can do.

After eight years this was Sarah’s last concert as Musical Director of the Ladies’ Choir. Liz, Chair of Denby Dale Ladies’, recalled the achievements of the Choir since her appointment. Consistent competition success has been a feature over the years and augmented the Choir’s reputation. However, the overriding memory will be the fun the Choir have enjoyed during both rehearsal and concert performances. 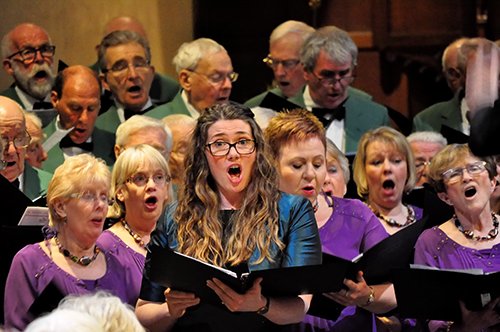 As the rain batters down outside we sing

‘The Sound of Silence’…

‘Carrickfergus’ – another clip filmed on a phone from the back of the church.